Why the Hyena Never Runs Straight 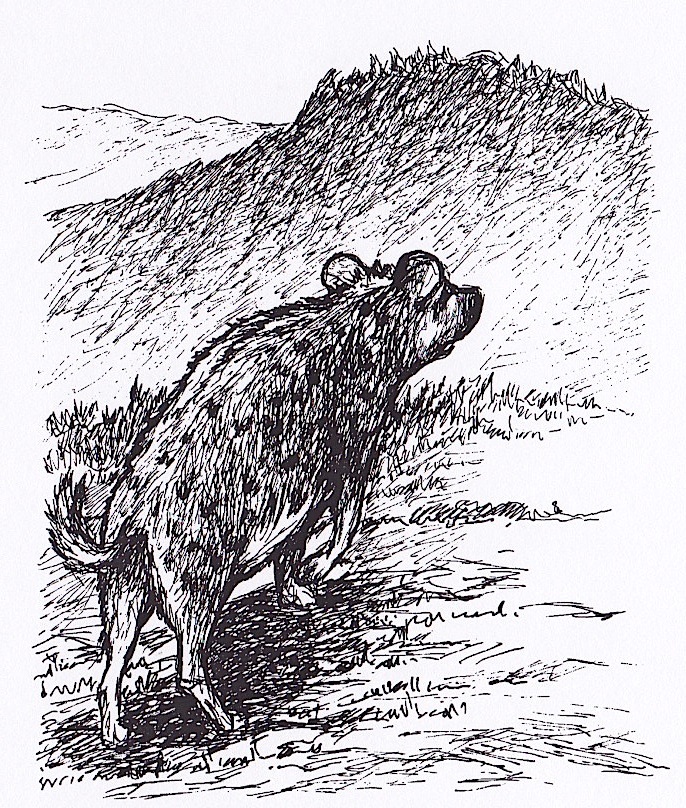 One day, the fox went into the forest and met his uncle, the hyena.

"My mother has sent me into the forest to find sticks of wood for the fire," said the hyena. "But I'm very hungry. I haven't eaten anything for two days."

"What?" said the fox. "That's terrible! Come home with me and your sister will feed you. You can't stay here. You'll die in the forest without any food."

"Thank you," answered the hyena, "but I can't come with you. I have many enemies in the village who are looking for me. I'm afraid they'll kill me."

"Don't worry," said the fox. "I'll tie you up in your sticks of firewood and carry you home. Then I'll hide you in my house and your sister      will feed you."

The hyena thanked the fox and the fox tied him up in his bundle of sticks and carried him home.

When the fox arrived at his hut, he put the bundle of sticks down beside the door and went to find his mother. She was cooking some food.

But he didn't tell her about the hyena.

The fox's mother called out, "Son! Son! Bring me my spoon! The food's burning in the pot. I want to stir it."

The fox ran back to the hyena.

"Give me back the spoon," he said. "My mother needs it. The food is burning in the pot."

"I can't give you the spoon," said the hyena. "I've swallowed it. And because I was very hungry, the spoon has already gone down into my stomach."

The fox was angry with the hyena and afraid of his mother. He ran back to her and said, "Please Mother, wait. I'll bring your spoon very soon. But first give me a stick. I want to beat the bundle of wood beside the door. There are scorpions inside it."

So the fox's mother gave him a stick and the fox began to beat the bundle of firewood. He beat it so hard that he broke the hyena's leg.

"Help! Stop! Save me!" shouted the hyena, and he jumped out of the bundle of firewood and ran away, back to the forest, crying all the way.

"Son, son, what are you doing?" said the fox's mother.

"I'm beating your brother, the hyena," said the fox, "because he swallowed your spoon."

And from that day to this, the hyena has never run straight, because he has a spoon in his stomach.

Exercises for Why the Hyena Never Runs Straight